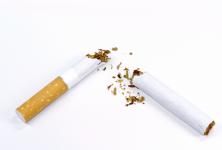 The South West Regional Cancer Program, in partnership with the Middlesex-London Health Unit and other health organizations across the province, are encouraging people to limit their smoke exposure during this year’s National Non-Smoking Week campaign, running from January 21 – January 27th. Whether it comes from tobacco, cannabis (marijuana) or from a hookah pipe, smoke is smoke and you need to limit your exposure to it.

Established in 1977 by the Canadian Council for Tobacco Control, National Non-Smoking Week is a coast-to-coast effort to inform and educate Canadians about the dangers of tobacco use, to reduce exposure to second-hand smoke and to support those who currently use tobacco, to quit.

“While most people know there is absolutely no safe level of exposure to second-hand tobacco smoke; unfortunately there’s less awareness about health risks associated with exposure to cannabis smoke and the smoke from a hookah pipe,” says Linda Stobo, Program Manager for Chronic Disease Prevention and Tobacco Control. “Many of the same fine particles, cancer-causing compounds, volatile organic compounds, carbon monoxide and heavy metals that are found in tobacco smoke are also found in marijuana smoke”.

Analysis of tobacco and cannabis smoke has shown that they have thirty-three known cancer-causing chemicals in common; these substances are also found on California’s list of chemicals known to cause cancer or birth defects.

The smoke from a hookah pipe can also cause serious health risks, similar to those posed by tobacco and cannabis smoke. Hookahs are water pipes that are used to smoke flavoured specialty-made tobacco and herbal shisha. The charcoal used to heat the product produces very high levels of carbon monoxide, heavy metals, and cancer-causing chemicals.

“During a typical hookah session, 90,000 milliliters (ml) of smoke is inhaled, compared with 500-600 ml when smoking a cigarette, which is cause for serious concern,” adds Stobo. The smoke from both tobacco shisha and herbal shisha contains carbon monoxide and other toxic agents that increase the potential for smoking-related cancers, as well as heart and lung disease.”

The good news is, it is never too late for smoking cessation to provide a benefit and it is never too late to quit. The risk of dying can be lowered 30 to 40 percent by quitting smoking tobacco at the time of cancer diagnosis. Quitting also lowers the chance of the cancer returning or another type of cancer developing. It may also improve treatment outcomes.

The Health Unit recommends that everyone limit their exposure to tobacco, cannabis and hookah smoke. This is especially important for children, pregnant women, older adults and those with pre-existing health conditions, such as asthma, lung and heart diseases. For more information, visit the Middlesex London Health Unit or Cancer Care Ontario